What is corn oil?

Corn oil, also called maize oil, is one of the most popular vegetable oils in the world. It can be found practically in every food, from margarine to salad dressings to deep-fried foods in restaurants. To produce it, corn must go through a complex refining process. The refined corn oil is cheap, flavourless and has a high smoke point of 232°C (450°F), making it a go-to-choice for high-heat frying, particularly deep frying.

How corn oil is made?

Corn is not a naturally oily food as its fat content is only about 1-4%. Hence, it must go through an extensive refining process to extract the oil 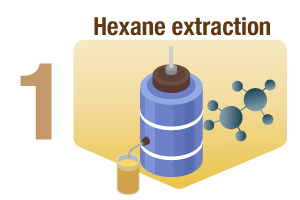 In this step, the oil is extracted from corn using hexane, a chemical solvent. 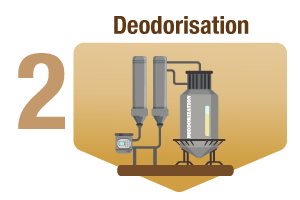 This step removes unpleasant smells and tastes from the oil, along with other healthy compounds. 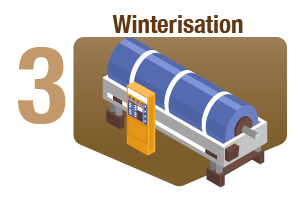 This step removes wax and saturated fats from the oil so that it will not solidify at low temperatures.

These refining processes remove many vitamins and minerals and may even introduce harmful substances.

Corn oil contains high amount of phytosterols which are plant-based compounds with similar structure to the cholesterol present in animals. Phytosterols possess anti-inflammatory properties1 which may decrease the risk of many diseases such as heart disease, type 2 diabetes and some cancers2. In addition, phytosterols also help block body’s absorption of cholesterol and thus, may help decrease high cholesterol levels3.

Corn oil contains heart healthy compounds such as vitamin E which is a powerful antioxidant that may prevent oxidative damage to the heart and blood vessels caused by free radicals4. In addition, it has shown to reduce cholesterol, especially LDL (bad) cholesterol, which is probably due to its phytosterol content5.

An ideal balance of omega-3s to omega-6s ratio (between 2:1 and 4:1) is important for optimal health as omega-6s tend to be pro-inflammatory. Particularly when there are insufficient anti-inflammatory omega-3s present. The imbalance has been associated to conditions such as heart disease6, poor brain function7, depression8 and obesity9.

Since corn oil has an unhealthy omega-3 to omega-6 ratio (of 1 : 56), consumption should be minimised while increasing intake of oil or foods rich in omega-3s, such as camelina oil, fatty fish and chia seeds is highly recommended. This may help reduce inflammation and support overall wellness.

Most corn oil is made using genetically modified (GMO) corn. These GMO corns are resistant to insects and certain herbicides. Although few short-term studies have concluded that GMO foods are safe, its long-term impact on human health is unknown10. Furthermore, many people are also concerned about the effects of herbicide build-up in the body, from eating these GMO foods that have been treated with large quantities of the herbicide.